Papa Bear’s parabolic rise from 17-24 June was completely unexpected. Or was it?

My opinion has always been one of a bear run ever since I published “Papa Bear Set to End Its Bull Run” on August 10. Whether the most recent bull run (in early 2019) was indicative of the completion of sub-wave 5 of a grand super cycle or the completion of the A-B portion of the corrective cycle (according to some but not me) is open to a highly debatable discussion, the answer to which we can only know when this correction comes to an end.

What we do know is that it is still keeping within the 1-1 Gann trajectory. It has opened the week just above the pink trend-line I have had on previous charts creating a new blue trend-line. This will be an interesting week as I await its final destination.

Could it be sub-wave 1 of a larger trend? Where it eventually ends up is anybody’s guess but based on some clever thinking, the idea I published on August 18 indicating Papa Bear’s Future Projection has been playing out nicely so far. Time will tell how much BTC would like to stick to this game plan. It could well be taking off on its journey to becoming a seahorse! 🙂

Onto the juicier stuff – how well did we do at Purple Crypto Premium in the beautiful month of October – spring downunder and brrrrrrr up further?

At Purple Crypto Premium, we have had another ripper month of profit-generating trades.

First up we have MATIC/USDT. Matic has once again been very promising delivering profits over three trade entries. The first entry generating 15%… 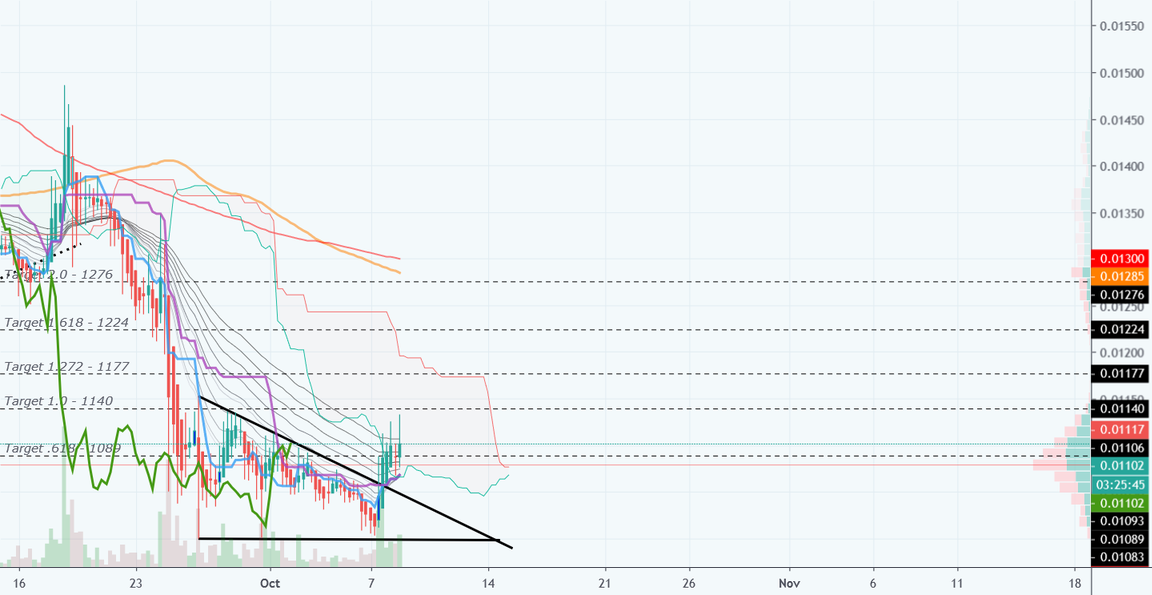 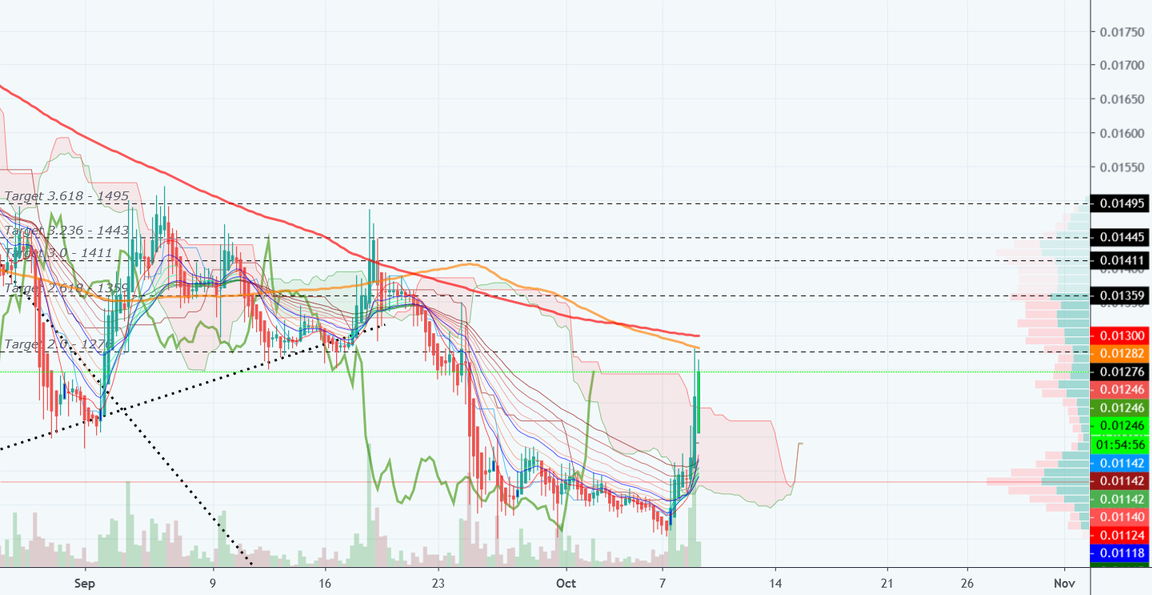 And the final entry generating a further 7.5%. This is a great example of my “double trade profit point” short-term strategy. Yes, a phrase I coined up myself. 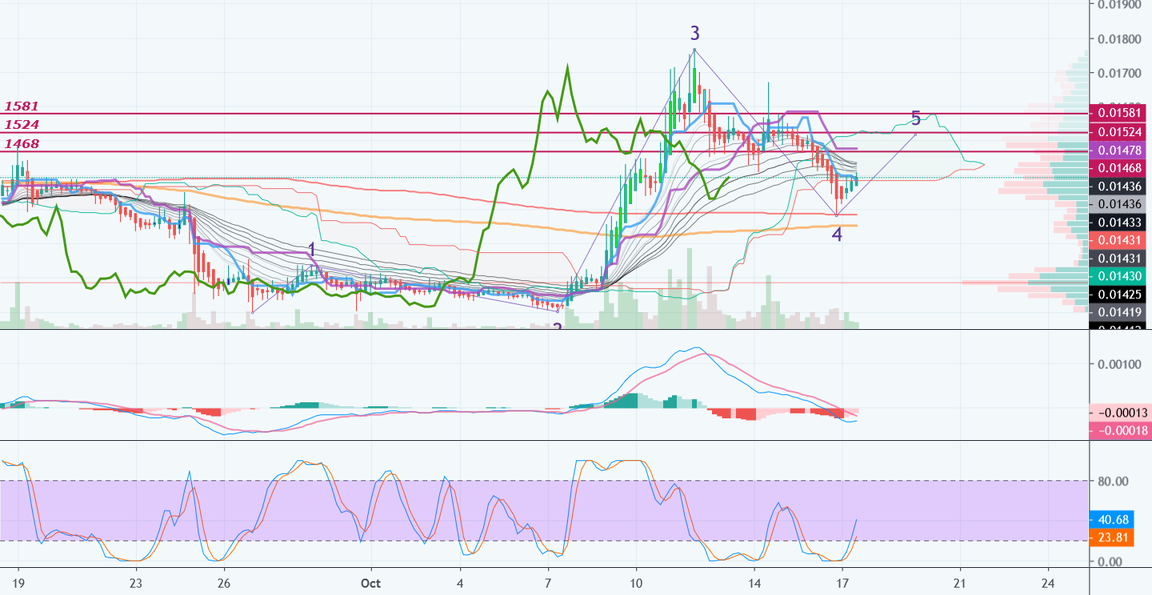 Our fourth and final trade was for WIN/USDT generating a whopping 74.35% with double trade profit points. It was almost scary. ::)) 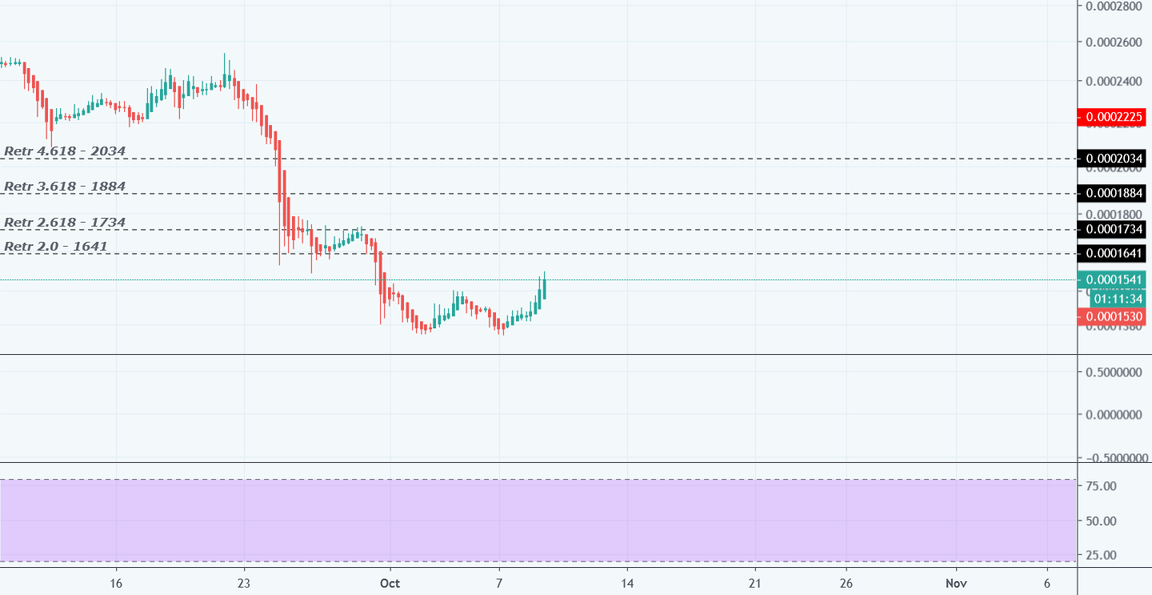 No BTC trade I hear you ask? I decided to sit this one out for (as you can see) better returns on other cryptos within the same period of time. Plus I was on the road with international meetings, and I would never subject my “people” to trades which I can’t have my eyes on like a hawk. :::

A super month indeed it has been.

With three new ‘yet-to-be-public’ trades already having generated over 30% in profits since the last week of October, it’s looking like 2019 will be ending with a bang. (These trades will be revealed in my upcoming monthly digests).

Happy trading everybody and Zai Jian for now!

I let my charts do the talkin’. There’s only one person you need to follow when it comes to crypto.

1 thought on “What is BTC Up To? | Purple Crypto Premium October 2019 Winnings”