I am not one to ignore extremes. I have never been interested in the “number of touches”. This mindset has helped me with creating slightly more conservative plays that bear less risk and I often question the motives of those who draw trendlines and channels while adjusting them to suit their analyses (in a sense, to make them more “right”).

I have had a few ask for my opinion on BTC’s direction and in this idea, I would like to go into a little more detail on my rationale for the charts I have posted to date for Papa Bear.

One of the most common long-term channels I have seen drawn for Bitcoin is this one below. I never understood why anybody would want to draw a “long-term” channel while ignoring the “long-term” aspect of it. And I am talking some big names here!

Some might say it was to suit their motives, which I am not going to speculate on.

The recent increase we saw in volume just as price touched the lower end of the channel was a result of this misinformation. A lot of people bought in thinking it was “the bottom” as a result of that channel.

The following commentary is only applicable to those considering a long-term entry (don’t @ me if you trade anything under the daily).

On the chart in this idea, I have marked out red/blue zones (in light colour in the background). Currently (and it has since last year), Papa Bear is sitting in the red zone, i.e. the “no buy zone” on this weekly chart. At the bottom of the chart, the squiggly black line is my indicator for “accumulation”. For me, accumulation only occurs below the zero line corresponding to this indicator. As you can see, contrary to what many have said, Papa Bear has NOT been in the accummulation zone (pretty little purple balls).

Often times, the market gets wiped out TWICE (red arrows) while in accummulation. The following opinion is based on this accummulation phase and from wave analysis.

Papa Bear still has a long road to recovery before I would contemplate playing for the long-term. It has only just entered the accummulation zone (pretty little purple ball) and, sadly, many more people who have been “longing” (thanks to being misinformed that “the bottom is in”) will be losing their hard-earned savings. This is why I have only used Papa Bear’s movements to set up plays with other cryptos that have more to offer in terms of short-term winnings.

Back to the channel story – my long-term channel is marked in blue. It takes into account ALL extremes of movement. I have marked a second medium-term ‘downtrend’ channel in red. This is the channel that interests me the most right now, especially where the two channels intersect.

In my previous analysis, I mention Papa Bear needing to accummulate below the 6.5k support line. I do expect it to downtrend further, as far as the horizontal red line marked on the chart. This is not to say it is going to go straight down to that point because that would be equally as stupid as saying it would go straight “to the moon”.

Of course, it’s going to have its ups and downs along the way. However, at Purple Crypto Premium, I am only concerned with this noise so far as to set up corresponding winning plays while it is in transit as I have for the setups below.

First up is “the dog”. Haizzzzz….I had such high hopes for Algo, but I guess it just wasn’t it’s time. Still it gave us a total of 25.5% in winnings overall. 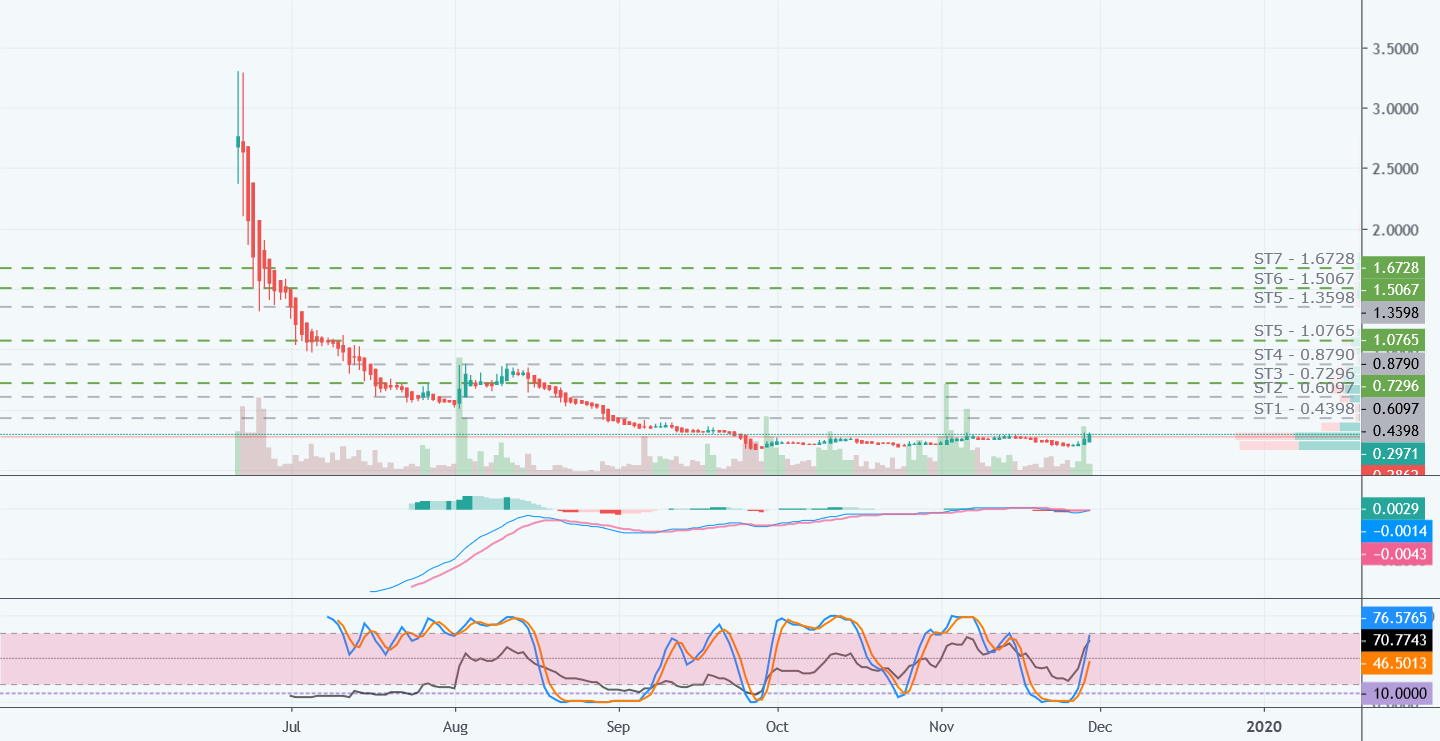 Second, we have ZRX which gave us 70.9% in total over two plays. 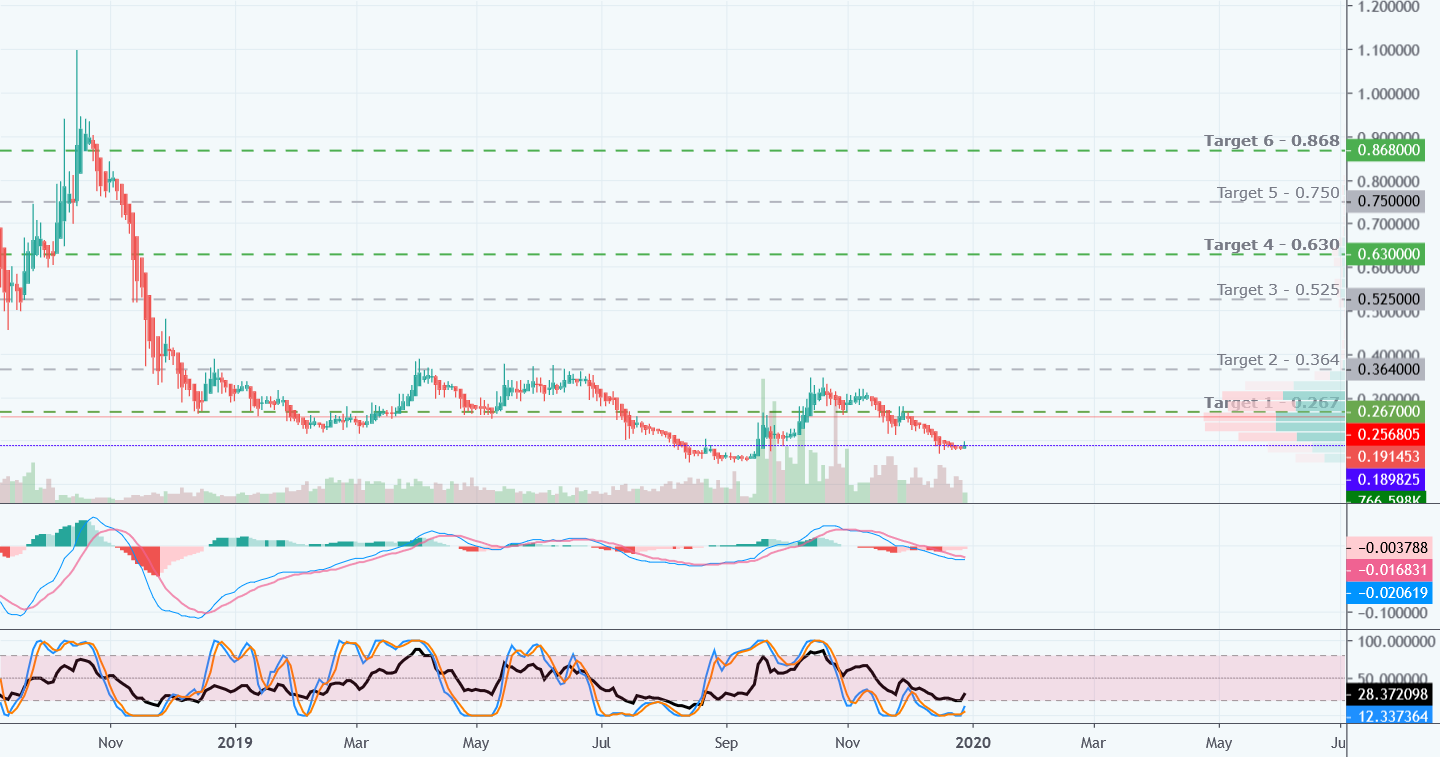 Third we have Nuls making us 40.8% in winnings in just over a month. 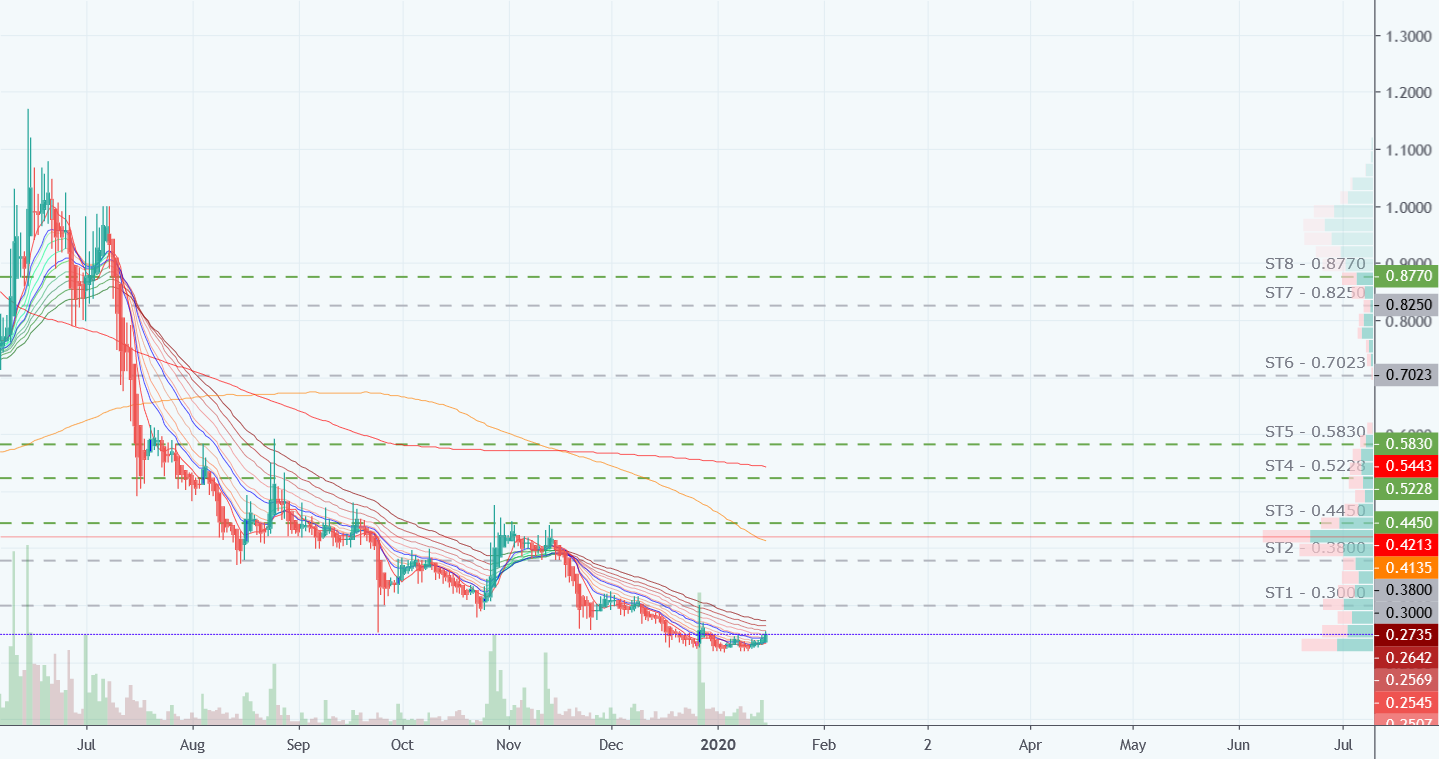 And finally, the ripper BTT which made us 76.4% in just over two weeks! 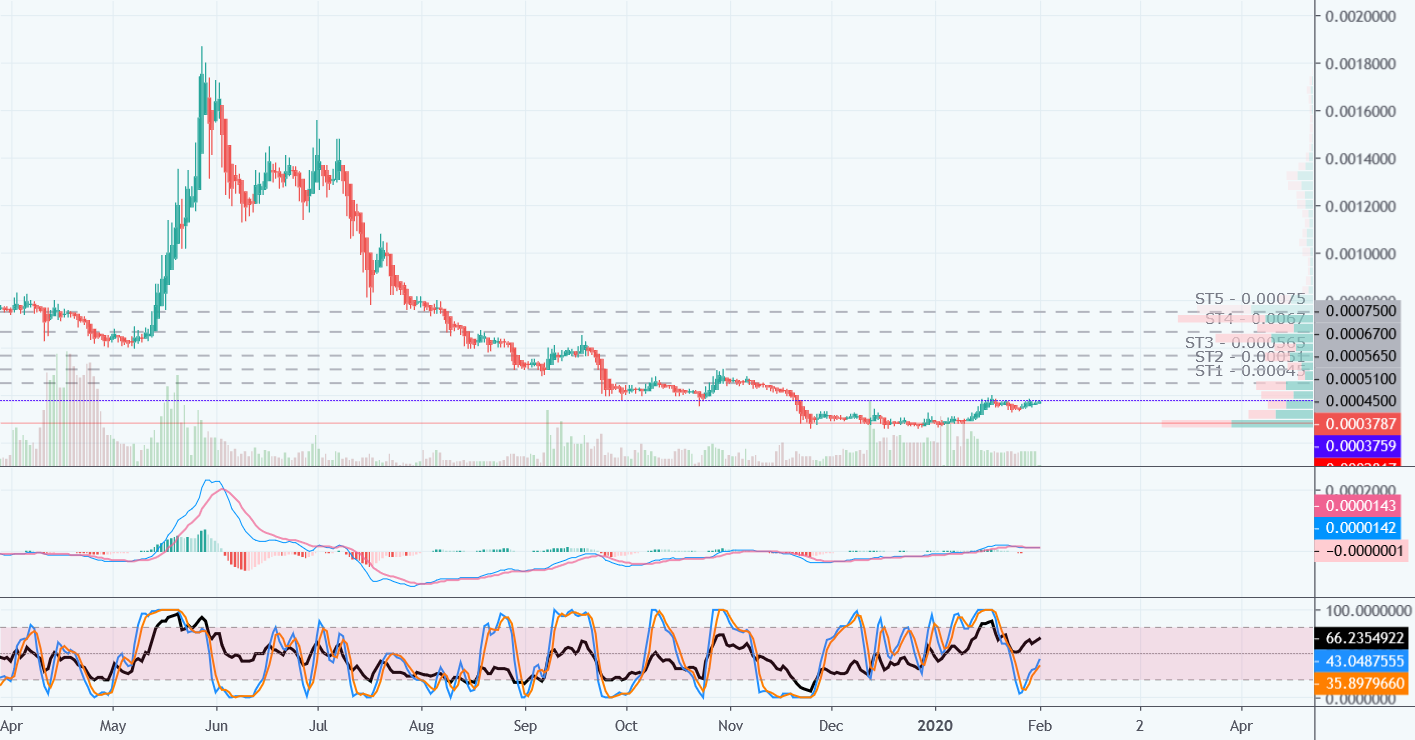 I do have two other long-term charts (from December) which I can’t share just yet as there are long-term secrets there. 🙂 They have made us about 150% winnings in total since play was paused last month.

‘Til next time,
Au revoir.

The greedier people get, the harder it falls.

I let my charts do the talkin’.