Life and people can sometimes get overwhelming. A little break with focus on myself and Purple Crypto Premium was necessary and oh, so worthwhile.

I gave myself a two week ‘Mandatory Time Away’ break at the end of December. But fear not, Purple Crypto Premium was not on leave!

In the meantime, it was fun watching Papa Bear’s movements. If you hadn’t liked the chart below, you would have missed out on the update I posted there where I shared my very own BTC channel last month.

Papa Bear seems to have progressed nicely in that idea, hitting the projections as marked, albeit a little early. Presently, it sits at the top of the projection, and on the chart in this idea, it has hit the top of my channel.

I am one for long on Bitcoin >>for the long-term<< – meaning a minimum of 6 months – while I use its movements to trade other cryptos in the meantime. Until it breaks my channel in this idea, re-tests it and then moves on up forming a new uptrend channel, I am not long-term bullish …at all.

Anyhoo…..what have I been up to at Purple Crypto Premium since I posted my last profit-taking idea in December? Here’s a quick rundown:

These are all newly opened medium-term trades in the corresponding months. Unfortunately, the charts cannot be shared until the trades are closed.

Most people would say 7 trades are enough for one person, and that is true. Hell, I could probably publish another 10 but I simply don’t see the point of publishing a chart for every bloody crypto pair under the sun! How many trades does one person need to be in if existing trades are all profit-taking? 🙂

But just to spice things up a little (and to prove a point 🙂 ), I dabbled in a couple of short-term trades just for the heck of it.

Theta brought in 16.4% in under a week in December. 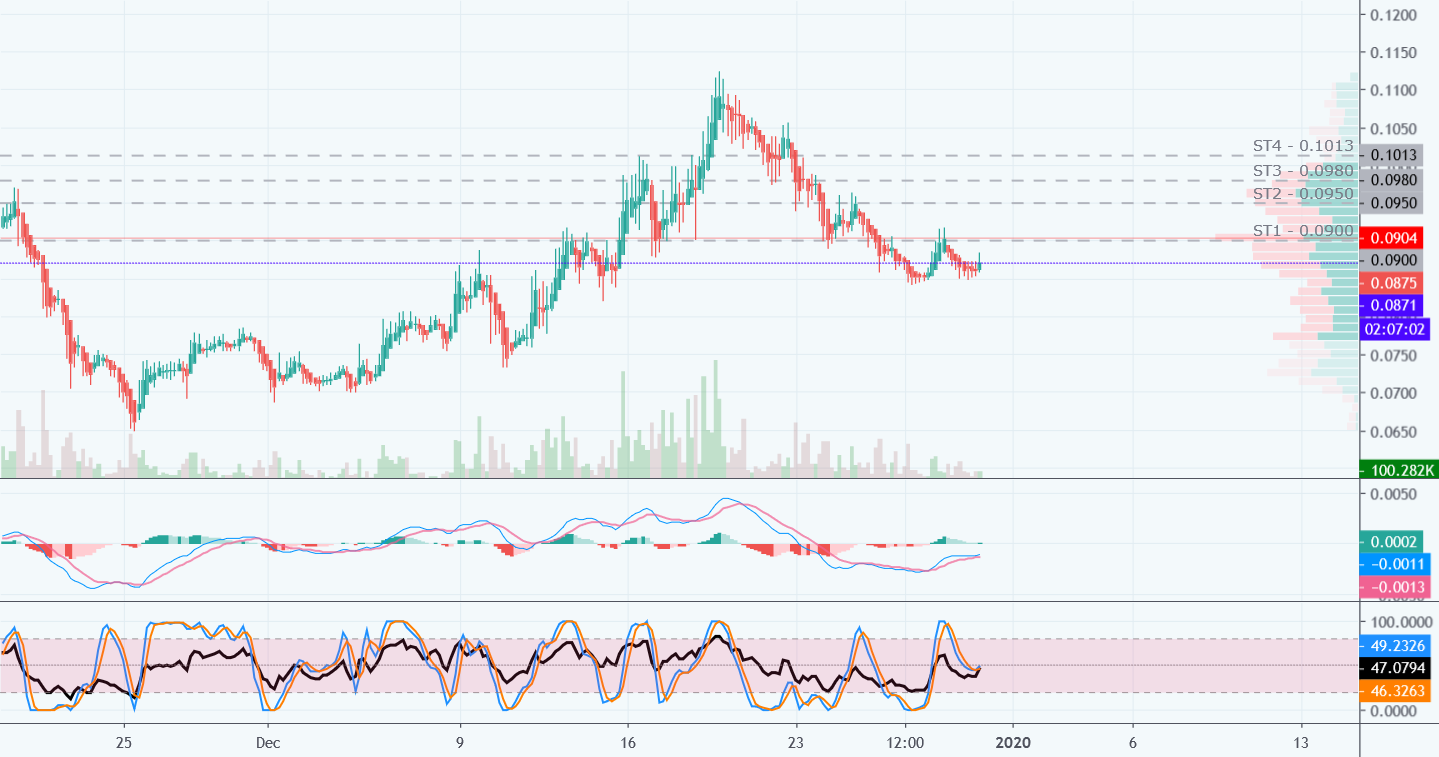 So there you have it…I am still alive, well and kicking.

Share your ideas and comments below. How did you go over the silly season?

There’s only one person you need to follow when it comes to crypto.